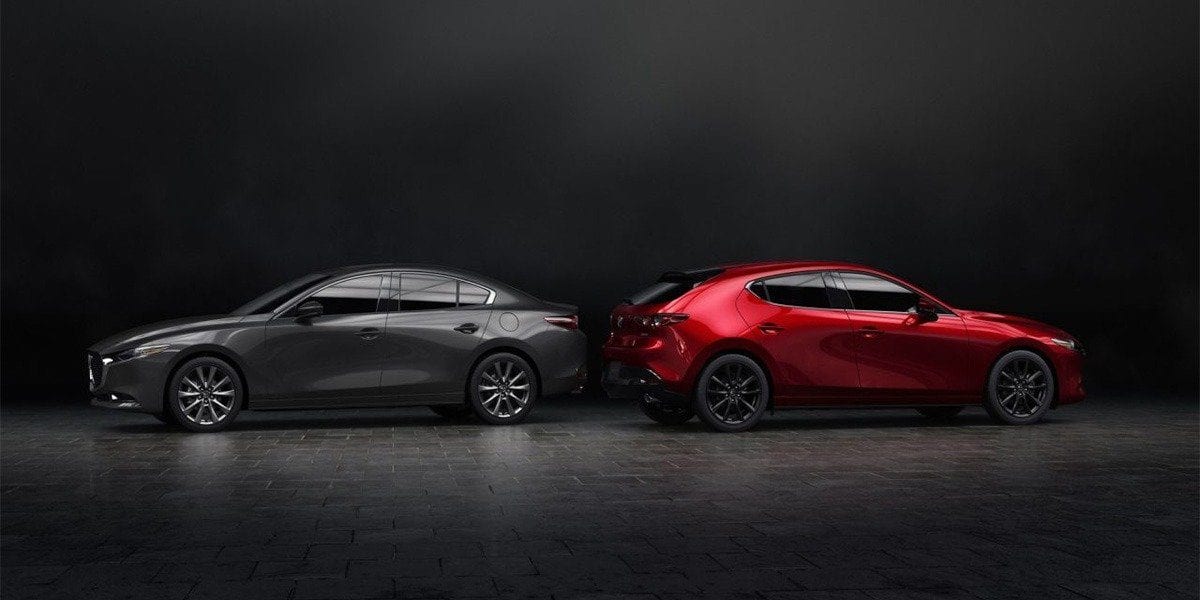 Recently, we saw the much anticipated All-New Mazda 3 revealed at the LA Auto Show. At Berwick Mazda, we are extremely excited about the arrival of the new Mazda 3.

Both five-door hatchback and four-door sedan versions will be offered once again, though unlike the outgoing model the two body styles will have distinct personalities – Mazda says the hatch is ’emotive’ while the sedan is ‘elegant’.

Expected to reach Australian shores at around April 2019, let’s have a look what the New Mazda 3 may look and feel like:

As outlined by Carwow, The new 2019 Mazda 3 looks strikingly similar to the Kai concept that we first saw at the Tokyo motor show in 2017.

“Two of the main elements carried over from that car are the huge grille and the frowning headlights. The long bonnet signals the car’s sporty intent as does the swept back roofline that slopes into the boot. The teardrop back windows and large rear pillar also help make the car look more svelte.”

Inside, the new 3 again takes design inspiration from the Kai concept in just about every respect. There’s a driver-focused dashboard layout, incorporating a larger 8.8-inch display – with a new look to Mazda’s MZD Connect infotainment system – and a revised centre console.

Available in three colourways – black, Greige (grey and beige) and burgundy (exclusive to the hatchback) – the new model’s cockpit offers extra adjustment in the steering column (+10mm telescopically each way) and with the front seat, which now features cushion tilt adjustment as standard equipment.”

“The new Mazda 3 picks up a range of new and updated driver-assistance systems too, including a new ‘Cruising & Traffic Support’ system that essentially works as a semi-autonomous traffic jam pilot by assisting with the accelerator, brake pedal and steering operations on the highway.

Other new active safety systems include available front cross-traffic alert for intersections, and a new driver monitoring system that uses both infrared camera and LED sensors to monitor how open a driver’s eyes are, how many times they blink, and the angle of their mouth to determine the level of drowsiness or fatigue.”

“As for motivation, the new-gen Mazda 3 will be offered with a total of five powertrains (depending on market), including 1.5-litre, 2.0-litre and 2.5-litre Skyactiv-G naturally-aspirated petrol engines, a 1.8-litre Skyactiv-D turbo-diesel, along with the company’s new Skyactiv-X compression-ignition petrol engine with mild-hybrid technology.

Full specifications for the engine line-up are still to be detailed, though we do know both six-speed manual and automatic transmissions will be offered, as will an ‘evolved’ i-Activ all-wheel-drive system and the GVC Plus vectoring system.”

Stay tuned for more info regarding the All-New Mazda 3 at Berwick Mazda.