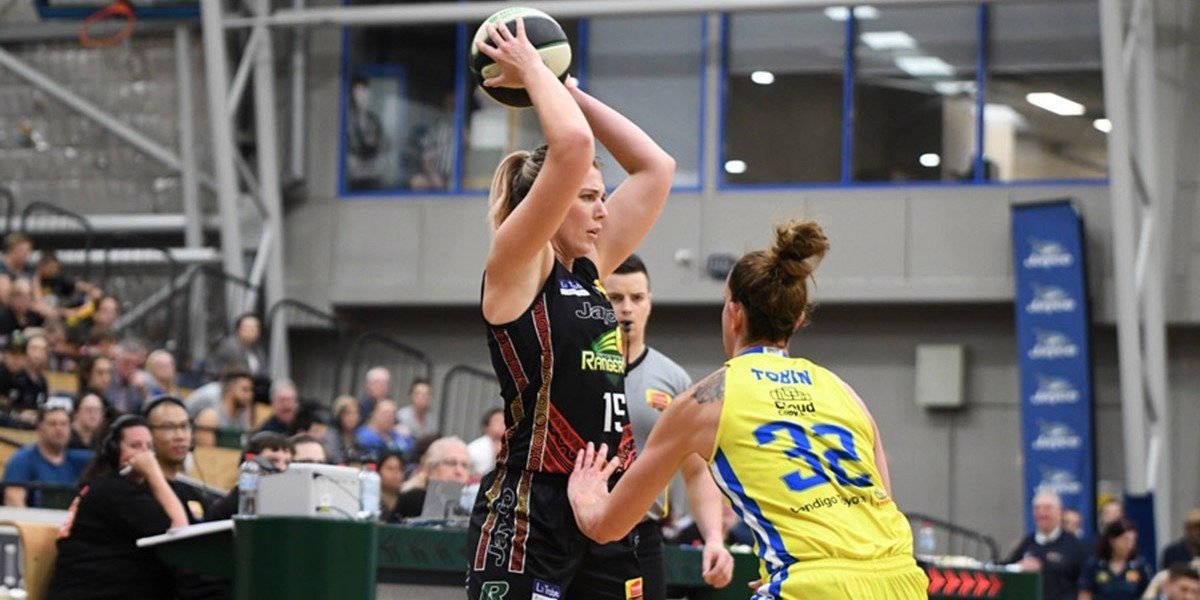 Two terrific victories over the weekend have the Jayco Rangers back in the Top 4 after Round 10, with our Ranger stars defeating the Sydney Uni Flames on the road and the Bendigo Spirit at home in a very special Indigenous Round matchup.

The Jayco Rangers kicked off their weekend with a road-trip to Sydney, taking on the Flames who picked up their second win for the season in Round 9 against the Melbourne Boomers. No doubt hungry for another victory, the Flames came out firing in the first quarter as they matched the Jayco Rangers shot-for-shot.

But we put the clamps on after that first break, soundly beating Sydney in every quarter to run out 106-73 victors. The Flames simply had no answer for Rangers guard Bec Cole who zoomed around the court and got whatever shot she wanted from the floor, from 3-point bombs to easy layups inside. Finishing with 31 points and 5 steals, Bec dominated the game on both ends and shot an impressive 12-14 from the field.

That superb play continued on Sunday afternoon, with Bec leading the Jayco Rangers to an important home victory against the Bendigo Spirit at what was our inaugural Indigenous Round at Dandenong Stadium. The day honoured the traditional owners of the land and Australia’s first people, with traditional dances and culture on display and special Wurundjeri Country jerseys worn by our Jayco Rangers stars.

We also welcomed back longtime #RangerNation favourite Sara Blicavs after over 12 months away from the game, with Sara overcoming a torn ACL to return to the court yesterday in the big Rangers victory. Sara’s return proved to be the spark the Jayco Rangers needed for that extra energy on a double-game weekend, jumping out to a 30-14 lead at the first break and never really looking back.

“I’ve been thinking about it since I went down. When I did my ACL, literally the next day I was thinking about when I would next play again,’’ she said.

“I literally have thought about this moment so many times and when I’m on the bench and Larissa calls my name.”

Blicavs said she was eternally grateful for the support she has received from family, friends, the basketball community and especially the Jayco Rangers fans. All of which will be in the crowd this weekend to support the Opal representative and welcome her back to the court.

“I’ve had a lot of our amazing fans come and ask me after our games when I’ll be back and it’s so nice that they’re rooting for me, supporting me and just as eager as I am to be back on court,’’ she said.

“I’ll just be so excited and I’m out there to get rebounds and I’m sure when I get my first rebound I’ll calm down a bit.”

WELL DONE ON A GREAT WIN FOR THE TEAM AND A FANTASTIC RETURN FOR SARA!

Information provided by and collected from the WNBL at www.wnbl.com.au