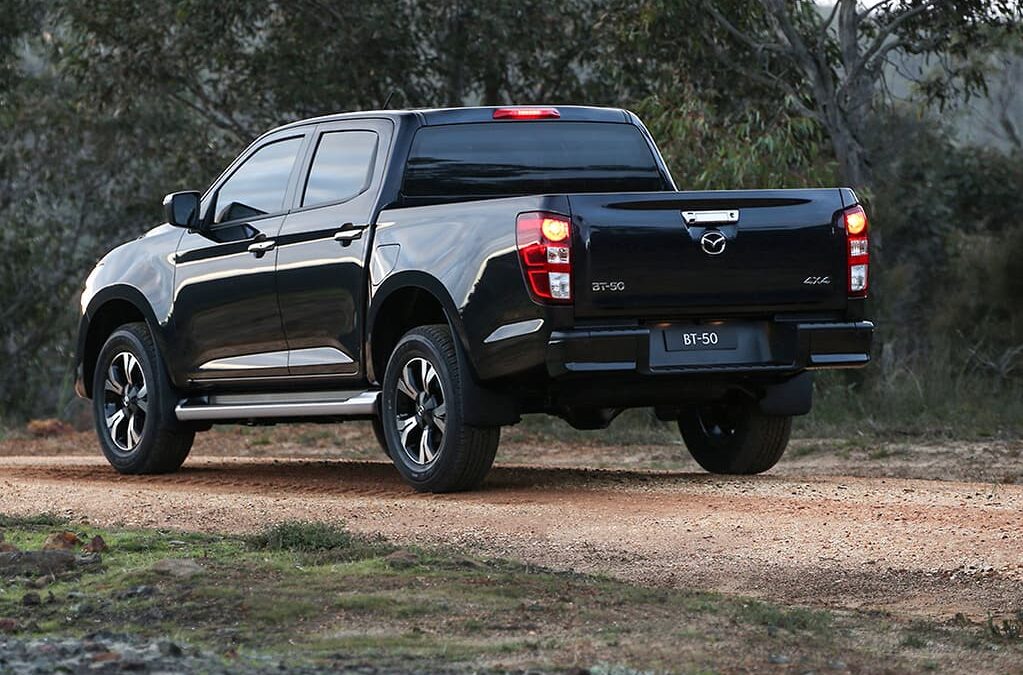 The new Mazda BT-50 will be quicker yet more efficient than the model it replaces, despite delivering less power and torque from a smaller turbo-diesel engine, says Mazda.

The all-new dual-cab 4×4 ute is based on the new Isuzu D-MAX due here in September and also shares its 140kW/450Nm 3.0-litre four-cylinder turbo-diesel and six-speed manual and automatic transmissions.

Despite its 7kW/20Nm deficit, Mazda says its new BT-50 will not only retain its predecessor’s one-tonne payload and 3.5-tonne towing capacity, but will be faster in part because it weighs less, without quoting exact numbers.

“Obviously when you look at the headline [performance] numbers they’re less than we currently have, but you could speculate performance will at least be equal if not better – and we know it will be better – than the current BT-50 because the torque deliver is better,” Mazda Australia marketing director Alastair Doak told carsales.

“There’s also a more efficient gearbox, so the 2020 model will have a more efficient drivetrain, and also the new model is lighter than the current BT. So even though the numbers come down the performance will go up.” 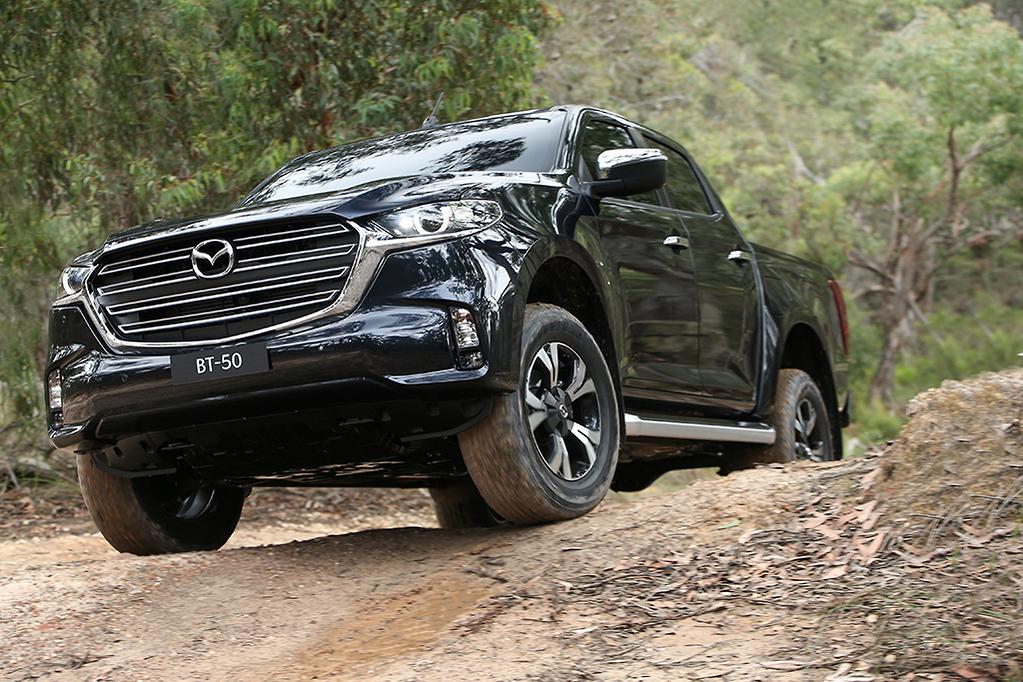 Mazda Australia says the new BT-50 will also consume up to 20 percent less fuel, again without quoting exact numbers. All 4×4 versions of the current model use around 10L/100km, so the new model should match the new D-MAX and drop to around 8.0L/100km.

“There will be a significant improvement in fuel consumption, which takes us from the back of the pack to the front,” said Doak.

Along with lane-keeping, blind-spot monitoring and adaptive cruise control, the new BT-50 will be able to accelerate, brake and steer by itself.

“Safety takes a huge step up,” said Doak. “One of the criticisms of utes is that they’ve always been half a step behind passenger cars; that absolutely won’t be the case with new BT-50, which will be class-leading when it comes to all the safety features like AEB and radar cruise.” 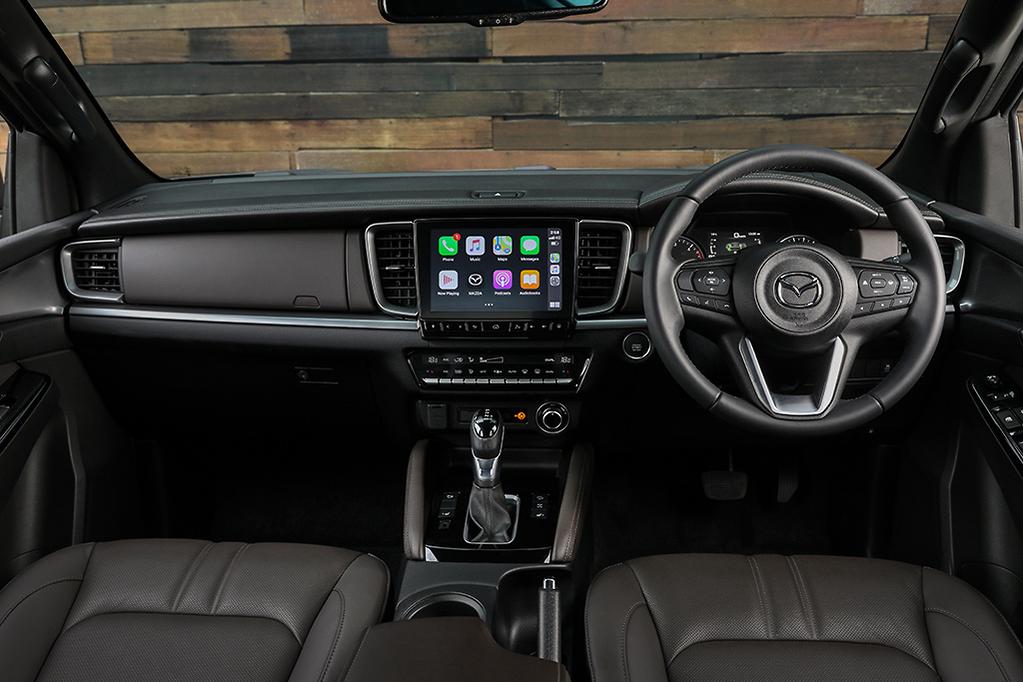 Mazda expects the new BT to achieve a maximum five-star ANCAP safety rating under the strict new testing regime introduced in 2019 – something that’s unlikely to be matched by the Ranger, Triton or the updated versions of the HiLux and Nissan Navara also due on sale later this year.

“Our target will be a top safety rating, which will give us new fleet opportunities in the market place,” said Doak.

“And obviously it will be a 2020 rating, which is a lot harder than even a 2018 rating, and it will probably be only ourselves and Isuzu with that kind of rating, for a while at least.”

So far revealed only in dual-cab form, which is again expected to account for 70 percent of sales, the new Mazda BT-50 will once again be available with 4×2 and 4×4 drivetrains (the latter with a locking rear diff) and in single-cab and extra-cab body styles, just as the new D-MAX already is in Thailand.

There will also be a smaller turbo-diesel engine for entry-level models, replacing the current 110kW/375Nm 2.2-litre 4×2 single-cab that has a payload of up to 1389kg in auto form.

Inside, only the 9.0-inch colour touch-screen infotainment system (with wireless Apple CarPlay and Android Auto) and the climate control unit is shared with the D-MAX. The rear seats in the dual-cab version offer decent legroom and score face-level air-vents and ISOFIX child seat anchors.

Mazda Australia says more than 100 genuine accessories will again be available for new BT – many of them locally developed – including airbag-compatible bull bars, rear sports bars, tub liners, floor mats and the like.